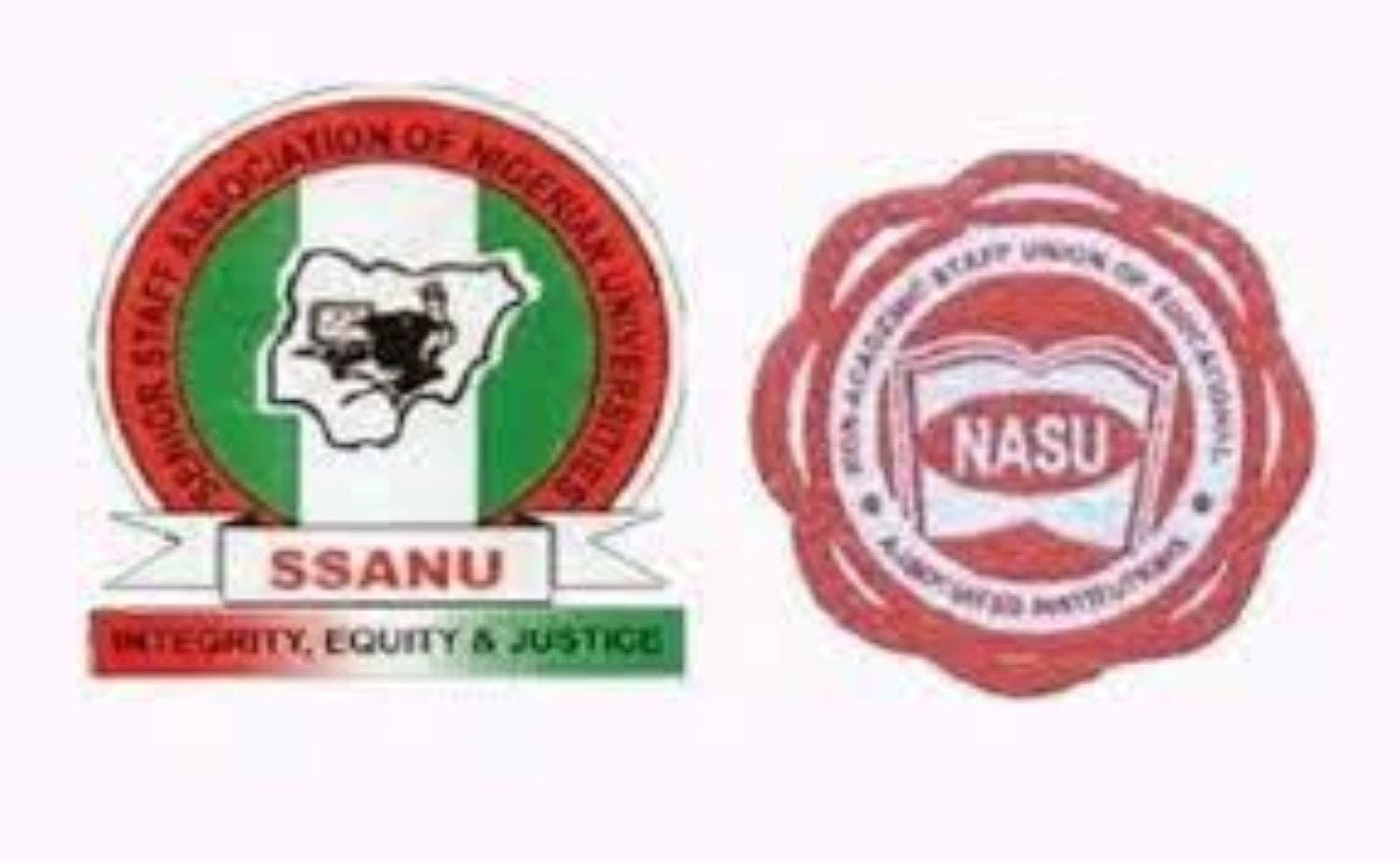 he Senior Staff Association of Nigerian Universities (SSANU) and the Non-Academic Staff Union (NASU) have added two more months to their strike action.

A circular to branch chairmen of the two unions containing the extension was made available to DAILY POST in Ilorin on Friday.

Prince Peters A. Adeyemi and Mohammed N. Ibrahim, who serve as the General Secretary of NASU, both signed the document dated June 21, 2022.

The circular noted some progress made on the issues under contention, but stated that it would be more practical to wait until the process was finished before ordering the strike to end because the government is still a long way from effectively resolving the issues.

“Consequently, you are hereby informed that the strike has been extended by two months within which we are hoping that all the contentious issues would have been effectively laid to rest.

“The two months extension is with effect from Friday, 24th June 2022,” the circular stated.

It mentioned that success had been recorded by the JAC of NASU and SSANU over the payment of the minimum wage consequential adjustment arrears, which all staff in the University system benefitted.

“However, there has been no commitment by the government to pay the arrears of Earned Allowances being owed our members,” the circular disclosed.

” We have continued to follow up on the resolution reached with the government at the Tripartite Plus meeting held on Thursday, 12th May, 2022, with respect to the testing of our University Peculiar Personnel and Payroll System (U3PS) software with the National Information Technology Development Agency, NITDA.

“The three payment solutions, U3PS, UTAS and IPPIS, are currently being subjected to daily tests which have spanned three weeks so far and are still ongoing,” the circular further informed.

The circular thanked members of the unions for sustaining the strike action even in the face of denials of salaries, threats and harassment, saying it has continued to give the national leadership the needed strength and force to forge ahead on the demands.

It urged them to keep up the spirit across the branches, saying “as we are slowly inching closer to victory and disregard various rumours and misinformation, especially on social media, but rely on the national leaders for factual and true information on the status of the ongoing struggle.”